Witness in the Philippines: James Balao, where is he? 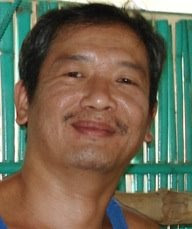 James Balao, member of the Cordillera Peoples Alliance in the Philippines, and an indigenous rights activist, was forcefully disappeared September 17,2008, almost eight months ago. Nothing has been heard from or about him since. The Episcopal News Service ran an article on a staff briefing by members of the CPA at the Church Center on May 21st. Read "Search for Filipino activist continues."

Bishop Alberto Ramento, killed in 2006, is the best known of the witnesses who have been disappeared or killed. He was bishop in the Philippine Independent Church, in full communion with the ECP and The Episcopal Church. When we speak of the bonds of affection in the Anglican Communion it is about holding such witnesses as Bishop Ramento and Mr. Balao close, and bonding our actions for justice with theirs.