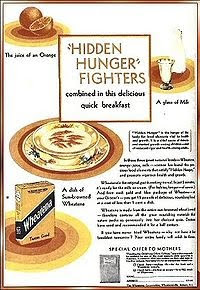 Why bother with the in house realignment crowd (the Communion Partners Bishops, the Anglican Communion Institute, the Covenant-Communion writers.) The logic chopping is so bad in some of their essays that the noise of it turns the brain to Wheatena.

From a Covenant-Communion article titled, "Communion Partner Dioceses and the Anglican Covenant."

"There are two paragraphs in Section 4 of the Ridley Cambridge text dealing with adoption of the Covenant by participating churches. Paragraph 4.1.4 invites “Every Church of the Anglican Communion, as recognised in accordance with the Constitution of the Anglican Consultative Council” to adopt the Covenant. Paragraph 4.1.5 provides “It shall be open to other Churches to adopt the Covenant.” These paragraphs treat the different kinds of adopting churches differently in terms of procedures and the effect of adoption by a particular church. Because CP dioceses are constituent parts of TEC, a member church of the ACC, they are covered under 4.1.4, but it should be noted that if this were disputed they would then come within the scope of 4.1.5."

The argument then is that "A" (a diocese of The Episcopal Church) is either "B"
(a constituent part of TEC) or "C" (an other Church) and therefore is a member of "D" (an invitee to sign the Anglican Covenant). This is all based on the following two sections of the 3rd and mostly final version of an Anglican Covenant. The text from the Anglican Covenant reads as follows:

(4.1.4) Every Church of the Anglican Communion, as recognised in accordance with the Constitution of the Anglican Consultative Council, is invited to adopt this Covenant in its life according to its own constitutional procedures. Adoption of the Covenant by a Church does not in itself imply any change to its Constitution and Canons, but implies a recognition of those elements which must be maintained in its own life in order to sustain the relationship of covenanted communion established by this Covenant.

ACI argues that A (a diocese in TEC) can act as a member of either B (a constituent church in the Anglican Communion) or C (an other Church), and therefore sign on to the Anglican Covenant.(D)

The problem, of course, is that there is no warrant for a diocese (A) to individually act in the place of or parallel to B (The Episcopal Church, and (A) is in no way "an other Church."(C). The link to "D" is broken.

The list of members Churches and their membership on ACC is as follows:

It is in the list of co-opted members that we seen any representatives from dioceses not part of regional or national churches. There are two, Spain and Cuba.

The clear implication is that the Diocese of X in The Episcopal Church is not a "Church" in the sense of Anglican Covenant 4.1.4. Period.

As for section 4.1.5, "other Churches" does not reference dioceses, much less congregations, but rather other national or regional bodies that might conform to the notion of "Church" as envisioned in the ACC, namely a national or regional body having several dioceses and a recognizable canonical structure and a college of bishops desirous of entering the family of churches called Anglican. In no way is a diocese such a church.

Two of these, the Lusitanian Church and the Reformed Church of Spain are extra-provincial by accident of the peculiar history of reformed catholicism in Europe, the chaplaincies of the Church of England and The Episcopal Church (including military and governmental presence in post WWII Europe), the beginnings of indigenous work in Europe and the small but history rich reformed catholic churches in Spain and Portugal. It will take a while to work out.

Cuba is extra-provincial because the US Government, and to some extent the Cuban government, has made it very difficult for TEC to exercise practical oversight of the Church in Cuba.

The Falkland Islands is a product of a lost war.

Ceylon ought to be a Province, but a long civil war has made that impossible.

Bermuda is Bermuda and ought to be an overseas diocese of the CofE. (Oh well.)

In the sweet by and by these dioceses and local communities of churches will be brought into a larger fold. They will become part of "Churches" of the Anglican Communion.

The thing is, these "churches" are dioceses or less and not examples of "other churches" or "Churches of the Anglican Communion." So they are not in any way parallels to the notion of a diocese in The Episcopal Church acting independently of TEC.

The logical problem presented by this mess is that ACI would like us to believe that the Anglican Covenant makes provision for dioceses in otherwise cautious Churches to sign on to the Covenant on their own.

They are involved in logic chopping at its worse, and they fail at it.

One wonders, why bother with them at all?

Because the worm turns.