Anglican Curmudgeon and the noisy opposition

The Anglican Curmudgeon, known and loved by Stand Firm, Baby Blue Online and the likes, is a busy man.  He has published a long set of notes, commentaries and dare we say briefs pertaining to The Episcopal Church all of which are meant to show that the ship is sinking, the roof is caving in, the corporation is going broke, and the leaders are in la-la land while it is all happening.

The object of these many messages is that TEC is in terrible shape and death is only moments away. But perhaps that is not object enough. The blog, The Anglican Curmudgeon, is fairly helpful in giving us a sense of who A.S. Haley is. Here is his profile on blogger: 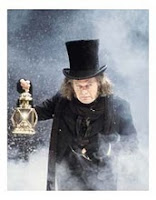 An Episcopalian baptized and confirmed under the 1928 Book of Common Prayer. Things have not been the same since 1979, and my blog "Anglican Curmudgeon" is part of a long-time effort to understand why. I have started a second blog, "All Things Beethoven", to post some of my research on that composer and his music. A third blog, Trinity Forum, is for those attending the Sunday morning forum at our church.

He gives his occupation as church attorney. The law firm of Haley and Bilheimer is rich in further information, but it is hard to find any reference to his being a church attorney there. (I am sure it must be, but I can't find it.)

Interestingly Anglican Curmudgeon does not on the surface give us much help as to his church attorney work either. He comes across in his many posts as bright, often with a sense of humor, and almost always out to get The Episcopal Church in any way possible. But he apparently doesn't talk about his church related legal work. Well, perhaps it is just because of separation of legal work from blogging opinion.

The thing is, he is one of the lawyers for the John-David Schofield school of belabored Anglican purity, also known as the Diocese of San Joaquin, Province of the Southern Cone.
When he writes scathing prose about those terrible TEC litigators, in his lengthy blog essay  Cracks at the Top (Part V of "The Constitutional Crisis") he is perhaps speaking from personal knowledge of the joys of litigation.

"Prolonged litigation is one of the most toxic forms of stress to which humans can subject themselves. The constant worry of what future decisions by distant and poorly informed judges will bring eats away to the raw nerves, while the outlays required leave no resources for survival in tough times."

As one of the lawyers contending against the ruling of a court in California against Schofield and friends, he ought to know.

On the other hand he is given to saying things that are not so subtle, such as,

Don't they just give you a giddy sense that TEC, very clearly the adversary and enemy, is as good as dead? Heady words for the victors, then, you know the group that has left The Episcopal Church for temporary rooms in a very far southern mansion waiting for a purer home in America amongst true believers somewhat like the Anglican Church in North America (ACNA), only maybe not that but something better... ACNA as the only real and true province of the Anglican Communion here abouts.

I have no doubt that the Anglican Curmudgeon has been careful not to confuse his church attorney work with his more adversarial work in the blogging world. He seems to have been careful not to bring up too often the fact that he is a lawyer himself in the San Joaquin mess.

But here's the rub. Over and over again he sets out to make The Episcopal Church to be misguided, close to unbiblical in its use of litigation, financially irresponsible, broken at its core, and generally defunct. Why? Because in the blogsphere what he says will be repeated again and again and will find itself restated in the blogs and essays of other, seemingly responsible sources. And one day the Curmudgeon's assessment will become the assessment of some other apparently independent writer who in turn will be referenced by Haley or other lawyers. So at the last he can use himself as witness.

I believe the object of Haley's grand exercise in his many essays is to spawn useful witnesses for the truth of his opinions about TEC and its efforts.  After a while the mound of Haley opinion will grow so great as to generate facts from the weight of them, in a kind of spasm of spontaneous generation.

Still, to end on a better note, the Curmudgeon wrote at the end of one of his entries,

"On a side note, I understand from talking to the court's bailiff after the arguments that "one of the bishops" missed most of the argument, and had to be let in late. The commenters below have confirmed for me that it was Bishop Schofield. Apparently, as he was coming to the court building, he witnessed an accident in which a pedestrian was struck and run down by a motorcyclist. He went to the victim's assistance, and stayed with her until professional help could arrive. He is to be commended for setting an example of a Christian's proper priorities."

Good for Bishop Schofield, late of San Joaquin, TEC. I would hope such priorities would always be there for all of us. Good for the Anglican Curmudgeon for reporting this.

It is always good to remember that being followers of Christ in our compassion for others is the better way.