Perspectives on the Proposed Anglican Covenant 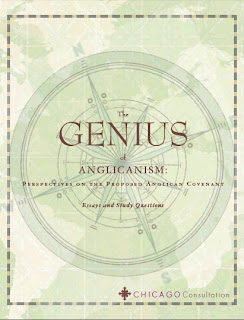 From The Chicago Consultation press release on this:


"The Chicago Consultation, which advocates for the full inclusion of gay, lesbian, bisexual and transgender Christians in the worldwide Anglican Communion, has released a collection of essays and study questions on the proposed Anglican Covenant.

The Genius of Anglicanism, a 64-page booklet, includes eight essays and study questions, and may be downloaded at no cost at www.chicagoconsultation.org.

“We believe that congregations, bishops, General Convention deputations and individual Episcopalians will benefit from this careful exploration of the proposed covenant,” said the Rev. Lowell Grisham, co-convener of the Chicago Consultation and rector of St. Paul’s Church in Fayetteville, Arkansas.

“The proposed covenant is a complex document that could have a major impact on the Episcopal Church and its many vital and longstanding relationships within the wider Anglican Communion,” he added. “We are grateful that well-respected theologians, clergy and lay leaders were willing to analyze it for us.”
Posted by Mark Harris at 4/05/2011 04:54:00 PM