Politicians know how to do politics 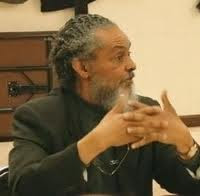 The Honorable Byron Rushing of Massachusetts was elected vice president of the House of Deputies in a surprise twenty-four hour slam-dunk campaign. He was two votes short on the first ballot and way over the top on the second.  Word began to spread the day before his candidacy was announced that he was running. There were no buttons, no fliers, nothing but his long years in the House and his smile. There was of course his service on a variety of progressive boards, committees, and advocacy groups, his life long commitment to rights, both secular and religious, and his persuasive ways.

He came forward on the crest of the wave that followed the one for Gay Jennings, who was elected President of the House of Deputies in a quiet campaign that was backed by months of careful preparation, in which members of the House were reminded of her many skills and her wide experience.  Byron didn't apparently need to do much reminding.

My sense is that we turned from other candidates to Byron for a variety of reasons, but the main one was that most of us were sure that he could both step in if needed and could advise and give good counsel in place.

It was a swift move by a politician who knows how to do politics.  Fortunately for us all it was also a move by a dedicated Christian and a strong advocate for people often forgotten. The Episcopal News Service quoted him as saying, "I would expect to spend a considerable amount of time in various liturgies in the Episcopal Church praying for the health and wealth … of our president-elect Jennings.”
Posted by Mark Harris at 7/12/2012 07:22:00 AM