Bowling for Bishops in ACNA Land.

So that we might be clear on the matter, the bishops in this mix include 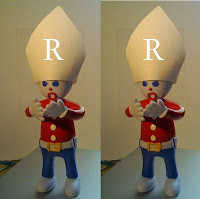 2 renounced from TEC: Iker and Wantland

2 usurper bishops from Uganda: Guernsey and Fairfield (resigned US)

10 bishops from Reformed Episcopal Church (Other, not part of AC)

And, also to be clear: None of this is to say they are not bishops. For several the issue is about deposition, license and incursion. The theological distinctions required to determine if some of the others are or are not bishops in apostolic orders is another matter. But they are not bishops with recognized authority in the Anglican Communion. That could change, of course, but it has not yet.
So the brand new in formation Anglican Church in North America, aka the Province of the Anglican Church in North America, stands at the moment as a entity with lots of bishops, none with clear claim to place in the Anglican Communion.
It remains to be seen just how the Primates see all this. Of the whole lot (some 39 bishops) it is unclear just who will sign on to ACNA. ACNA claims 30 bishops at its meeting in December.