What I learned on Pilgrimage with the St. Peter's Youth (SPY) Group.

As reported in my last blog entry, PRELUDIUM has been "off the air" for two weeks while I was on Pilgrimage to Navajoland with St. Peter's Youth (SPY) Group. 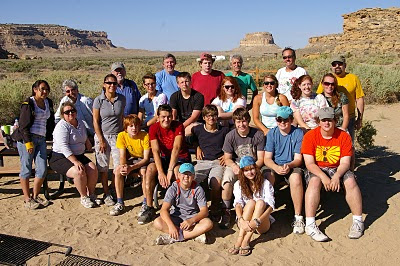 Over the years I have had several different areas of responsibility at St. Peter's, Lewes, Delaware - working with young people, doing adult education, working with pastoral interim during the search for a new Rector, and of course participation in the weekly round of sacramental life together.  Of those youth ministry has consistently been the most challenging and life-enhancing. The Pilgrimage to Navajoland these past two weeks has only reinforced my sense that youth ministry is a gift to all of us who are involved.

Some of the SPY members themselves will be producing a video report of the trip and I will leave the details to them, but just for the record, and as pertains to matters Anglican and Episcopal, I want to make a few observations here concerning what I have learned or remembered on Pilgrimage:

What I learned concerning the pilgrimage itself:

(i) All the trappings of ecclesiastical difference reinforced by "signs and wonders" of costume and dress, between clergy and laity can be idolatrous and get in the way.  For ten days my leadership was not defined by collar or stole or chasuble, by special seat or remarkable honor. My leadership was defined by my role with the 21 other members of the group - 14 young people between 14-18, and 7 adults. I had to earn that leadership every day and did so because I wanted particular things to happen on this Pilgrimage, things that would press upon the souls of all of us. I was, in other words, a laborer hopefully worthy of the hire.  Of course it was often "Father Mark."  But the signs of my office were dust and working at common tasks and leading us all to prayer and reflection, not place or station or dress. 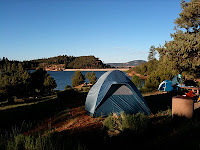 (ii) I am, after all, getting old.  I was very glad to have a small tent to myself. Needing to get up in the middle of the night, wanting a few quiet moments before sleep and before greeting others in the morning, adjusting the body to the ground for sleep, snoring without waking others (hopefully), all made be grateful for a small 4x6 bit of ground to call my own. 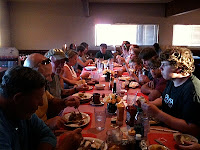 (iii) The promise in the young today is every bit as much promise as it has ever been in the past. These 14 young people led us on a merry chase almost all the waking hours of the journey. They experience with eyes and mouth and brains and gangling limbs and lumpy spirits and what they experience they express.  Almost all the time one or the other of the young people said or did something that opened out conversation or mutual experience in a new way. In particular this gang of ocean-side dwellers were amazed, confounded and delighted by the high plains and higher mountains of the South West, by the Navajo and Hopi people they met, by the new sense of value they found in simple living, by the friendships formed among themselves.  I have no worries about the ability of the young to be the church of today and tomorrow both. I do worry about the ability of the society and church to honor the talents, searching and desires that they carry.

(iv) We went on Pilgrimage to know something more about first peoples here among us, about other stories of creation and other ways of finding beauty, harmony and balance in living, about how to relate what we found to our own lives, and finally about what clues we could find from Christians in Navajoland that might inform our lives as Christians in Delaware.  That was an impossible task, but even the impossible was made real in the generosity of individuals and people we met. In particular Cornelia Egan of the Navajo and her daughter Nichole,  and Fr. Scott Hankins who met us on Second Mesa in the Hopi Reservation, opened our eyes and minds to see more clearly. 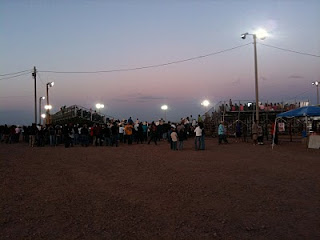 We were also changed by mingling with people at a flea market in Window Rock and a Rodeo in Kayenta, but we were also changed by meeting Navajo people in laundromats, food stores, filling stations, in the parks, on country roads, in small restaurants,  one-on-one, sometimes in as little as a fleeting glance, often in a few exchanged words.

All of us, adults and young people alike, did indeed go on pilgrimage, with respect for who and what they encountered. The impossible was possible.

(v)  We were without internet most of the trip and only spotty access to cell phone. I learned to do without very easily.  Somehow on the high plains the ground beneath us and the stars above  us, and the water and the corn and a fire, were much more important and worthy of attention.  I realized that while PRELUDIUM and its more exalted and widely celebrated Anglican / Episcopal websites have an important role to play, that role is defined often by very unimportant matters.  In all our conversations on the trip there was almost no interest in the international dust-up that is the "Anglican crisis" of these times.   I have to confess I found it a time of release.

(vi)  When I did read of the several matters that were of interest these past two weeks I felt no particular attachment to the outcomes. The ongoing information flow on lawsuits was filed away for use later. The hustle and cry about whether or not Dr. Jeffery John did or did not make the short list for bishop and what it all meant about the Archbishop of Canterbury's leadership, etc, came and went without comment from Preludium, which is just as well.  For some reason I think the whole matter is internal to the system that spawned it - if that's the way bishops are chosen in England, then that's the sort of problems they will have.  We have our problems, they have theirs.  Still, I did file away the continuing question - has Archbishop Williams used up his nine lives?  As for other bits and pieces of Anglican / Episcopal trash talk, it was just as well they went by quickly, like the dust-devil's on the plains.

(vii) But I did find a place for Anglican / Episcopal engagement while on Pilgrimage.  We saw with our own eyes a people of the land who understood both themselves and the land to be holy, but we also saw the results of past and present efforts to degrade, destroy or eliminate these peoples and their attachments to the land.  Past efforts were not subtle at all, present efforts are, but they persist. And in this context it seems to me we need to look much more closely at the role of the Episcopal Church in its mission among Native Americans, and in particular to the work in Navajoland.  I am excited by what I hear of new efforts in Navajoland.  When we have been committed to mission Anglicans have done a great deal of good work and raised up new churches and solid leadership among the peoples to which we have become committed. But our commitment often falters and only the shell of a church in place is left.  We need a new commitment to genuinely stand with and by communities we help form.

I learned on this Pilgrimage that it is not enough to say there is ministry in and with the Navajo and the Hopi, and other groups.  What is needed is ongoing commitment so that our companionship with those in these holy lands is a commitment together to restoration. 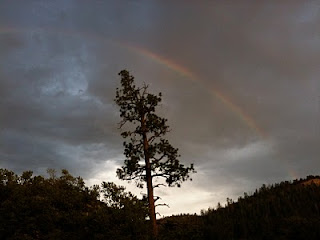 (viii) On this pilgrimage I learned that we Anglicans could do well to learn again that good theology is not divorced from good aesthetics. Beauty has become again for me a way of describing the whole matter of holiness in living. Beauty is holiness, it is not the cosmetic death-defying idolatry of particular body type or looks. Beauty is what we are when we walk with integrity.  Or if not that something like that.

So, back to work. 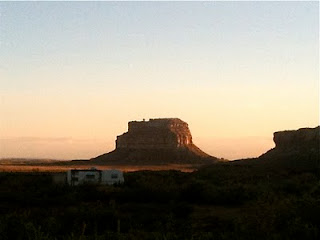 Here at PRELUDIUM we will continue to read the tea leaves and wish for days when our so called opponents and we can all gather for a bit of a love feast in spite of it all.  Meanwhile, of course, we will continue to argue that being an Episcopalian, a member of The Episcopal Church, is a perfectly reasonable way of being an Anglican, and that being Anglican does not mean belonging to a world wide church, but rather a fellowship of Churches, and all that.

But we will still remember the ground below and the stars above, and will wonder at the beauty.