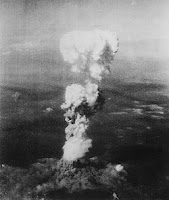 We were at war then. And on this day in 1945 we dropped a bomb on Hiroshima. Not all died immediately, but within three months something like 125,000 people had died as a result of that one bomb.

As a child I remember my father getting a book from the Government Printing Office cataloging the effects of the blast on people in Hiroshima. The images from that book have been with me now for sixty years.

It was dropped on the Feast of the Transfiguration.

There are many images of this war but few notices of the deaths and injuries, little report of the continuing costs of the war.  It is there, but like background noise. Other things are more important, more pressing. But the deaths continue. Life is transfigured into death. 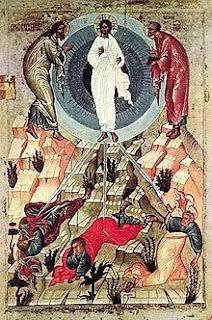 And yes, it is the feast of the Transfiguration.

It is time for a Transfiguration worthy of the name, and no more War.