A Three Video Defense of the Anglican Covenant

The Anglican Communion has a variety of Commissions, Committees, Agencies and Boards - what in The Episcopal Church are called CCAB's. A number of them have been busily making reports, issuing statements, and generally going about their business. They are arguably good reasons for having the Communion itself. Reports on their work can be found HERE.

One of those Commissions - Inter-Anglican Standing Commission on Unity Faith and Order (IASCUFO) - was tasked with offering commentary in support of the Anglican Covenant.  It has just produced three videos on them matter. You can view them HERE, HERE and HERE.

They are unremarkable in their depth or scope, and make the basic point that the Anglican Communion needs a framework in which to ground its unity in diversity. So once again the virtues of the various elements of Anglican sensibility are touted as the glue that holds us together.

But the words seem empty of critical content. Nowhere is there any acknowledgement of the decidedly "episcopal" emphasis in determining Anglican theological understandings, nowhere any hint that perhaps the laity has been undervalued, nowhere are the inadequacies of mouthing allegiance to the "classic" prayerbook of 1662 or the Thirty-nine Articles addressed.  Instead we get arguments that we ought to feel just fine about the various sections of the Anglican Covenant.

Except, that is,  for a brief section of the third video - on the sections of the Anglican Covenant.  There, near the end (about 6:53) Katherine Grieb begins to talk about "false choices." She says,

"I'm from the Episcopal Church in the United States. I think that many people in my Province believe that the Covenant is only for theological conservatives. But there are many progressives who are interested in endorsing the Anglican Communion Covenant.

Kathrine Grieb is making an interesting argument here: She sets up "false choices"  - Either the Anglican Covenant OR various progressive possibilities. But that is not the argument that I understand holds.

The argument I more often hear is that we in the Episcopal Church will continue to ordain women, work towards the blessing of same sex unions and continue to ordain gay and lesbian persons to the episcopate and because that is the reality we find it difficult to sign a Covenant that will have the immediate effect of both limiting our formal engagement with various CCAB's of the Anglican Communion structures AND the longer term effect of offering political pressure to limit such actions in the future.


It is almost impossible to envision the Anglican Covenant being less than a restraining order or a means of exclusion.


Professor Grieb is herself now a consultant to IASCUFO rather than a full member precisely because of the "consequences" of The Episcopal Church's actions, and was done in ways similar to that provided for in Section Four.It is quite interesting, perhaps ironic, that she is in this video at all, what with her relation to a church so questionable that she is reduced to consultant status simply because she belongs to that church. 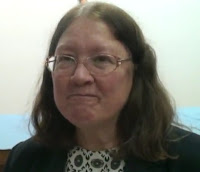 Her end point is vague to the point of almost being a double-entendre. She says, "The Episcopal Church was invited to sign the Covenant as we are, and everybody knows where we've been and what we stand for.  The real question is where we will go from here, how we will work together with the rest of the Communion to work things out in ways that are acceptable to everyone."

Note that Professor Grieb does not propose that we ought to sign, but only that the "false choices" are false. Perhaps she is challenging us to look deeper for the real problem.


That being the case, why not sign? We sign all sorts of irrelivant things these days. Why not this?


Because to do so would be an effort to avoid the reality of the matter. It would be to worm our way forward under cover, rather than stand in the light offering what friendship is possible.


The Covenant is not about Companions on the Way, it is about authority and obedience. As one under authority and bound by an oath of obedience I am not without sympathy for such binding.  I am, however, without any sympathy at all for a Covenant that proposes in vague terms ways we can walk together and perhaps even come to new decisions and only gets concrete when it comes to ways we will be separated, suffer consequences or be politically pressured.