Christmas and then what?

Here at the offices of Preludium and its many affiliate organizations, we have mostly been busy as printmaker these past days. Preludium Press has fulfilled Lady Kathryn's order for Christmas Cards. But given the Advent mumblings across the blogs, and in my heart, the cards were a bit, well, odd.

In the deep midwinter

May we find new light
and life.


All in all a fine card, but a bit somber.A bit of glitter on the cover page helps, but still, an Advent reminder of something not so easily joyful as the sight of a plump little child surrounded by adoring parental units.

The second card was a bit stranger. Inside it says: 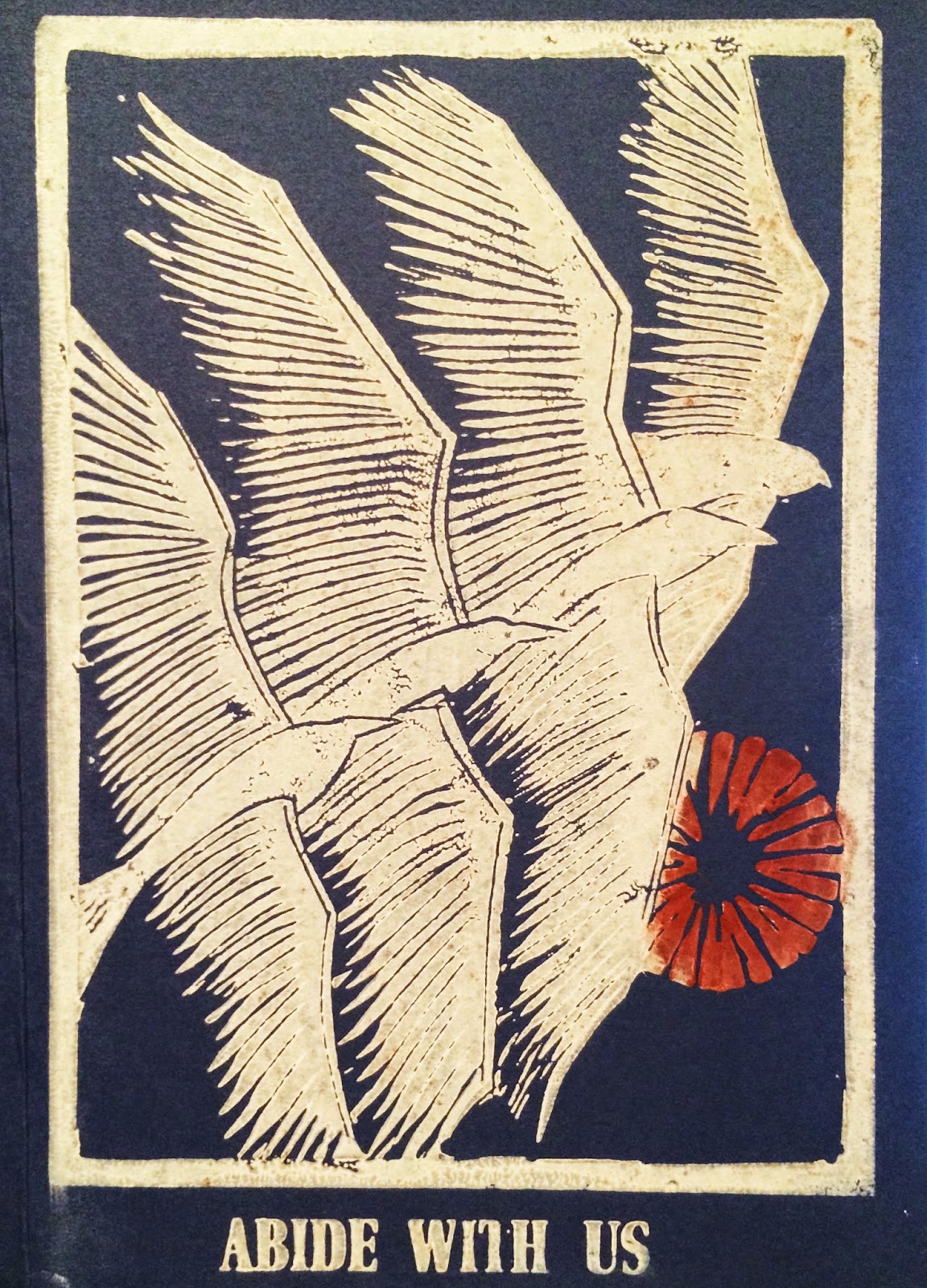 Wise ones,
These birds seek
And find a sign –
a flower in the winter night!

May you find such a sign
in winter flight
and Christmas.


Its a stretch to make this card Christmas or Advent fodder. Its more a poetic reach across the darkness sort of thing. Still, there it is. This was less useable than the first.

But why were these cards so somber?  Well, here's my sense of the matter.

What did we go out to see this Advent? Meteor showers?  The last of the Steven Colbert show? The 12 days of Christmas spending, following close on the heels of Thanksgiving weekend buying madness? Or what did we go out to see? The Empires of the world and the vandals of the world snarling at one another with children and women the victims? Or religious wars in the name of the Prophet who would be (we can hope) appalled ? Or leaders of the great Christian state mutter under its breath that torture, is, after all, a useful skill.

No, we didn't need to go out of our way to see any of those things. But if we took a side path, skirting behind and under and around the barriers to anticipation, we find wonder enough for this and every time. So we in this dark time of the year have remembered again that God is indeed with us, and we with God.

Christmas day has come and gone, and now we have the twelve days... many of them taken up with eating leftovers, remembering martyrs great and small, and generally getting ready to take on the new year with something like missionary zeal (although both "missionary" and "zeal" don't seem quite right as the terms for the tasks ahead.)

Last year I wrote a New Year's essay, for which I received few comments. Perhaps it was because it was a difficult essay. It opined that the Anglican Communion was now really facing a second world wide Anglican expression, and we would simply have to live with it. This is something the Archbishop of Canterbury hinted at this year.

It pointed out that if the Anglican Communion and / or the Episcopal Church really really tried to be a world wide church, or (in the case of the Episcopal Church) a denomination of the regular paid up sort, we would reap the rewards of being kingdoms like every other kingdom, and the final reward of all such efforts is death. So if we want to be a world wide church or a denomination, watch out, Mister death awaits.

I suggested then what I suggest now: That the Anglican Communion is an association / fellowship / koinonia of national and regional churches, and that in turn the "Church" as in "The Episcopal Church" is not an ecclesia at all, but rather a religious order within the One Holy Catholic and Apostolic Church (which is a spiritual entity, not a physical one).

That is, the Anglican Communion is a fellowship of communities of those whose religious life is ordered in pattern and form on the religious community that is the Church of England.  We are now somewhat distant cousins, but still of the same family, and when we gather worldwide, or even among ourselves, we need to recognize both our family of origin and our life circumstances.

The Task Force on Reimaging the Episcopal Church (TREC) seems not to have much to say about TEC as a religious order and community. It is much more concerned about our having a vision and practical matters of governance. The first, the vision, seems to elude them, and the second is mostly too little, to late and too extraneous.

I believe it is important to be an incarnational community bound together by common prayer and common life. We mostly have the prayer thing down. We have to work a lot more on common life, which will inform prayer, of course, but more will inform our desire, will and duties for the years to come.

May we find new light, new life and flowers in the winter night.