Samuel Wilberforce and the first General Convention on the Episcopal Church beginnings. 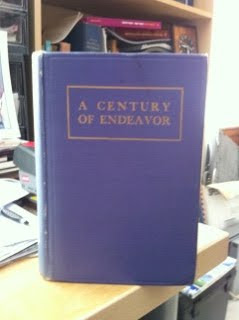 I'm cleaning out the great mass of books on my shelves in the vain hope of getting some order in my life. Of course I got stuck early on by re-reading well treasured books that have been gathering too much dust on the shelves. Here are two bits from page 19 of Julia Emery's "A Century of Endeavor 1821-1921: A record of the First Hundred Years of the Domestic and Foreign Missionary Society...."

"Samuel Wilberforce, Bishop of Oxford, who studied the growth of our feeble Church and wrote its history in 1841, says of these first efforts made towards united life and action: "Never has so strange a sight been seen before in Christendom as this necessity of various members knitting themselves together into one, by such a conscious and voluntary act.  In all other cases the unity of the common episcopate had held such limbs together."

It was from September 27 to October 7, 1785, that our first General Convention met. No bishop was present..."So without a bishop this little company boldly adopted  'a general Constitution to be ratified by the Church in the different States, which should be considered fundamental and should be unalterable by the Convention of the Church in any State."

Bishop Wilberforce noted the extraordinary thing happening in The Episcopal Church.  The coming together of Episcopal Church peoples to form a united church happened because of the instrument of communion / unity of  its "various members knitting themselves together into one" was unique (at that time).  Here the "focus of unity" was not the bishops, but lay and clergy people determined to have bishops, see themselves at an EPISCOPAL church in that regard, and willing to consciously draw themselves into this unity of church expression.

In the comment concerning the first General Convention (1785) Emery quoted (but did not indicate from where) a statement that GC adopted "a general Constitution to be ratified by the Church in the different States, which should be considered fundamental and should be unalterable by the Convention of the Church in any State."  So at least in some quarters and from the beginning, the understanding was that union with General Convention meant adherence to it's Constitution without reservation. 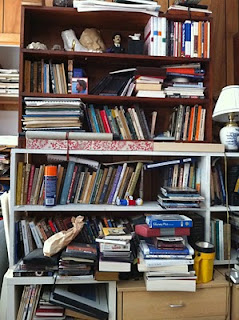 Can someone give us the source of her quote?  I think these two comments stand as markers of the intent of the founding of The Episcopal Church - that it arose as a self-knitting community of church, and that it was held together by a Constitution to which every State (Diocese) would accept, as is, when they joined.

This book is a keeper.